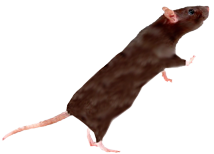 London has always had a problem with rats. From the bubonic plague in the 1300’s, right the way to the vermin problem before the 2012 Olympic Games, pests have always been a health hazard.

Apparently, the average person is never more than 6 feet away from a rat. Recently though, the number seen around the city has rapidly increased. Economic cuts have impacted hygiene around the city, something which politicians have received a lot of criticism for. Reduced amounts of money spent on cleaning and refuge collection have made many areas of London an ideal place for vermin to congregate.

Rat control is a big problem right now, according to Pest control. North London is one of the areas worst affected by the surge in rats. Once they get in to the home, or the workplace, they can be a nightmare to remove. Pest control London  offer simple advice: call in professionals before the problem gets any more severe. Rats breed quickly and spread germs even quicker. They’re a disruption to life at home, and a disruption in the work place.

If owning a food restaurant, the problem can reach that of critical proportions. Health inspectors can quickly shut a restaurant down if the pest situation is unsatisfactory. Rats are indeed a menace to those in that industry.

One of the only ways to deal with the rat population is by contacting pest control. London is a very compact city, so dealing with the problem yourself isn’t recommended. The chemicals used to treat the over population can be harmful to humans.

With budgets set to be cut even further, and austerity having no end in sight, the problem with pests doesn’t look to be going away in a hurry. If you’re worried about vermin, treat the problem as soon as possible. Time is a major factor when it comes to getting the upper hand. Call in the experts in pest control soon, and regain your home, community or business. We operate in and around London and can deal with nests and swarms as well as other animals and insects including foxes, rats, moths, wasps and bed bugs. For more information, contact us on 0800 633 5220 or for mobiles please call 0203 633 2143.