If you have a food outlet in North London pests can become a major problem.

These pests will not only create an unsanitary environment in your food outlet. They also interrupt business, lower your bottom line and affect employee morale. And this can have a huge negative effect on your business.

If you own a food business it’s critical that you take this seriously. These pests can put you out of business. For example, they can lead to lower scores on your health inspections and ruinous fines.

What’s more, they can drive down profits because contaminated food must be thrown away. Not to mention destroying the reputation of your establishment and giving you a bad reputation amongst customers.

Throughout North London pests such as mice and rats are wreaking havoc. They are attracted by any type of food and no business is exempt, no matter the class of the establishment. For example, a KFC outlet in Swiss Cottage on Finchley Road was downgraded to a one star food hygiene score. Inspectors visited the shop when mouse droppings were discovered in their stock room this summer. Mice are able to increase their population rapidly, given the abundant amount of resources available to them in food outlets. Rats are also a massive no-no for any restaurant.

A London branch of the popular American style restaurant TGI Fridays was also given a one star rating for a pest infestation by food hygiene inspectors earlier this year.

In addition to eating your food, rodents will:

• Damage your buildings, machinery and equipment with their constant gnawing.
• Damage packaging and food containers.
• Cause electrical fires by chewing on wires.
• The biggest issue is that they can contaminate your food by spreading diseases.
• These can include salmonella, E. Coli, Toxoplasmosis and even rat bite fever.

Cockroaches are disgusting to most people. They are also one of the biggest London pests. This is because they are so difficult to exterminate and can carry diseases. They can give transmit food poisoning. In July, a London restaurant was closed down following an outbreak of suspected food poisoning. People attending an event at Lagos Island, a restaurant in Lea Bridge Rd, Walthamstow, contacted the council’s food hygiene department when they started to get food poisoning symptoms. Inspectors closed the restaurant immediately die to the public health risk.

Cockroaches were the most likely culprit. They like to hide away under cupboards, shelves and in dark cracks. These factors can make them almost impossible to get rid of once they have colonised your food outlet.

A cockroach colony will have the following consequences:

Flies can also be a real problem around food outlets of any kind. These buzzing nuisances are attracted by food and its accompanying odours. Species can include fruit flies and house flies. These pests are especially dangerous, as they are able to spread hundreds of disease causing pathogens. 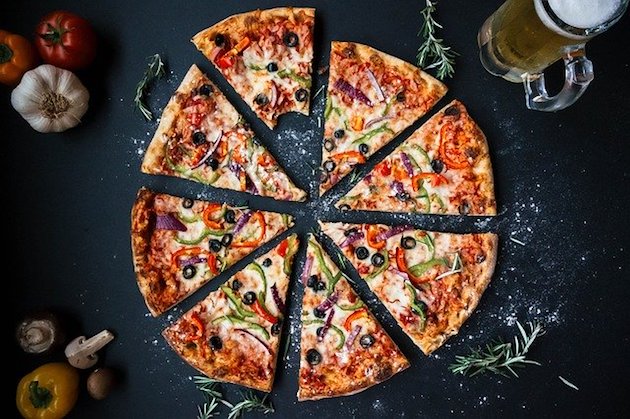 Flies are a problem because:

• They can contaminate food and make your customers ill.
• In fact, flies are responsible for the majority of claims related to contaminated food.
• Not only that, research by pest control companies found that flies were also the main cause for staff sick days. And as you know this can have a serious effect on productivity.

There’s a reason why pigeons are known as, “rats of the sky.” And when looking up in North London, pigeons often do literally fill the sky. And the pavements.

While birds may not initially seem like a problem, the fact is they can still spread disease and damage your food business. That being said, be careful when eliminating them. Many wild birds are protected by the law.

Pest birds are known to cause the following problems.

• They can damage roof tiles and block gutters with feathers and nests.
• Birds will also produce droppings which must be cleaned from buildings, cars and entrances. Places which your customers use.
• Their droppings, nests and feathers can cause contamination and spread pathogens such as Salmonella.
• Possible noise pollution.

If you own, or run, a food related business in North London you need to act fast if you have any kind of infestation. Empire covers all London and has pest control teams in North London that can get to you fast to prevent pest issues like the above examples in this post. Don’t ignore a pest problem until it’s too late. Health inspectors will catch up with you eventually if you turn a blind eye. When they do, you could be down rated, lose precious trading time or be shut down altogether.