Unbeknownst to most people, wasp nest removal DIY disasters happen all the time. We are routinely called out to houses where the owner has disastrously attempted to remove a nest themselves. Almost all of the time this leads to the owner either being stung, or their property being damaged.

Most people think that wasp nest removal DIY simply means knocking the nest down. This leads to them doing stupid things like throwing water on the nest. They either do that or try to knock the nest down with a stick. Even worse, some set fire to it.

But wasp nest removal DIY is not a simple or straightforward task. If you don’t know what you’re doing, it could lead to serious damage. This may cost thousands of pounds. In one particularly notable case the owner had wasps under the floorboards of their house. They also had methane, which had built up for whatever reason. After dropping a bug bomb this methane exploded, completely destroying the room and turning their furniture into kindling. Luckily, they had insurance! And while this might sound like an exaggeration, it actually happened.

Wasps need to be removed expertly

What people also don’t realise is that even after you’ve taken the nest down, you’re still going to have wasps. Just because you’ve removed the nest doesn’t mean they are going to go away. All that happens is that they will simply build another nest. We’ve had cases where the homeowner knocked the nest down multiple times – only for the wasps to rebuild. 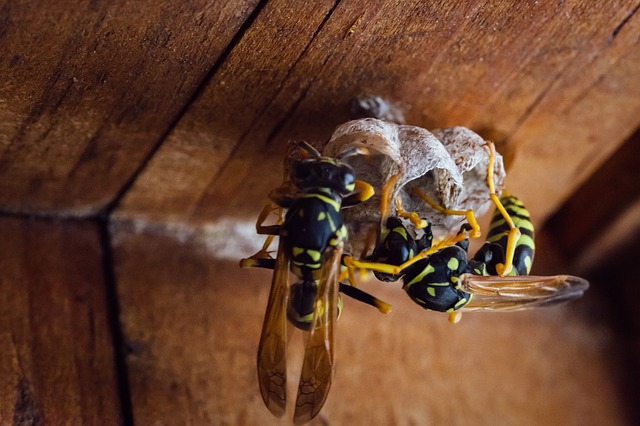 Also realise that, once you’ve knocked the nest down you are going to have to deal with dozens of angry wasps. People may not understand this. It’s not enough to physically remove the nest, you have to remove the wasps as well. And this will most often require some form of poison or insecticide or other methods.

A wasp’s primary goal is to defend its nest

If you try to take the nest down, you are basically attacking them. In turn they could well attack you by stinging. This is especially dangerous. You may have allergies which you don’t know about. In that case getting stung by a wasp can be deadly. There are also murder hornets in the UK now. These are a highly dangerous species of wasp and getting stung by one can be unbelievably painful. There are dozens of cases where people have been hospitalized after being stung by one of these hornets. What this means is that wasp nest removal DIY can actually result in your death. You see, most people don’t understand that removing a wasp nest actually means removing the entire nest. It also means clearing the area, so that the wasps don’t come back. This is just one of the many things which go into taking dealing with an unwanted wasps’ nest.

Wasp nest removal DIY is not a simple and straightforward task. It requires planning and expertise. For example, wasps can build their nests almost anywhere, including in your garden and in the walls of houses. Depending on where the nest is, this job could end up being highly complex. It may require certain knowledge which you, as a layperson, do not have access to.

This is why it’s always better to leave this job to a professional. Wasp nest removal DIY could lead to disaster. Don’t take the risk of damaging your property. Simply call in a professional and let them take care of it. This is a lot simpler, and a far better idea than doing it yourself.