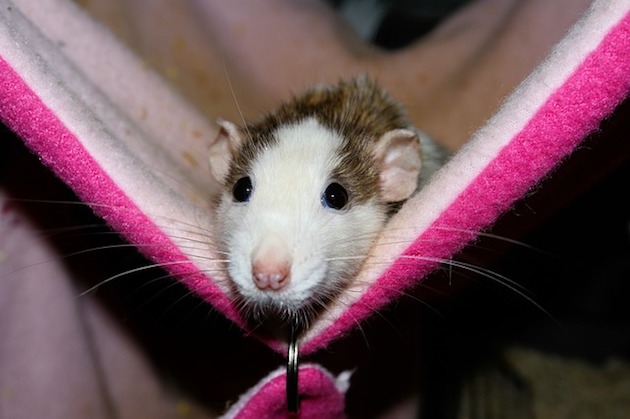 Many people keep rats as a pet, but for the majority of Londoners they are often our least favourite rodent. Despite this, some facts about rats are quite intriguing, as they are fascinating and intelligent creatures. This is one of the reasons why Empire do our best to control them humanely. Where possible, we set traps and bait stations that cause the least harm and distress to the animals as possible.

We’re here with our top 10 interesting facts about rats. While rats may be a pest, and in some ways they definitely pose a risk to humans, in other ways they may not be as bad as their reputation. If you’re sceptical about how ingenious and versatile rats can be, check out the following rat facts.

To read more about each of these interesting facts about rats, check out the details below… The first on our list of interesting facts about rats is that they can laugh. When rats are happy and in a social environment, they emit a chirping noise that is quite high pitched. This is their version of our human laughter. It means they have close knit bonds and sophisticated brains, just like other intelligent mammals.

Remember though, that as endearing as this may be in a pet rat, pests are a different matter. The common pest rat is not domesticated. That’s why it’s important to practice effective rodent control if you have them on your property.

The second on our list of rat facts is they have been known to hold their breath for some length of time. Sometimes for three minutes or more. Rats have also been known to swim over a mile. Depending on the species, some could rival an Olympic swimmer. No wonder they manage to make their way into our toilets. Some Rats Are Huge

Many people in the UK call  the over-sized rodents we get in cities like London, the “super rat”. It can’t be denied these rats are massive in comparison with regular rats. However, there are actually rats that are much bigger in some parts of the world. These rodents can be around 9 pounds in weight and measure over 20 inches in body length. There’s also one much larger rat species that measure in at as long as 3 feet. Rats Are A Social Creature

Rats like to live in communities alongside each other. They sleep together, groom one another and are very territorial. If an unfamiliar rat approaches a group, they often turn on it aggressively to try and protect their territory.

Rats Are Revered By Some

In the Hindu culture there is a goddess who reveres rats. Her temple alone holds more than 25,000 rats. All of these rats are individually protected and worshipped. People who frequent the temple believe that they could become a rat in another life. Rats can carry and spread some extremely serious diseases. They were actually responsible for quite a few outbreaks of disease in places across the globe over the years. This includes devastating epidemics like the black plague and monkey pox. All in all, another of these interesting facts about rats is that they are thought to spread over 35 different diseases, all of which are harmful and even deadly to humans.

You may be familiar with the fact that rats can breed very quickly. But you may not realise just how fast. A rat mother can produce babies every three weeks. Each litter will contain around ten pups as an average. On top of that, a female rat will reach sexual maturity at around a month old. So you can imagine how quickly the numbers can escalate. Many people realise they have a rodent control problem because of gnaw marks on hard wooden or plastic furniture. The reason why rats have to gnaw on things so persistently, is because their teeth continually grow. Actually, their teeth can grow to up to 5 inches every year. Chewing on things helps to keep them down. A rat can gnaw through the hardest of materials, even cement blocks. Which is what makes them such a structural and fire hazard.

There Are Lots Of Species

Now that you’ve learnt all these interesting facts about rats, you might understand why some people still regard them as pests. Whether you have one as a family pet or are suffering from an unwanted infestation, it’s important to know how to prevent them and keep rats out of your home or business. Rats are very common in London. Get in touch with Empire today to receive prevention advice and to arrange rat control or property proofing. We have a 24 hour emergency rat control team serving all major London boroughs.